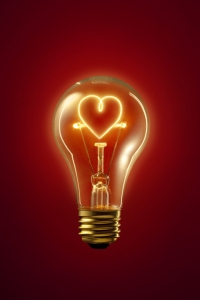 On several occasions this last week, I’ve noticed how dishonest we are most of the time. Not big lies on a grand scale, although that can be the case for some. More that we find it so hard to admit it when things are a big mess, or that we are feeling a bit fucked up and could do with some help. And then, the hardest trick of all, take the help that is offered. We are generally so proud, or unwilling to show that we are vulnerable. 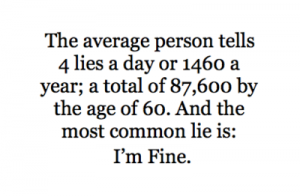 When it comes to politicians, for example, we could probably do with a bit of sugar coating from time to time. After all, most of us have got enough problems to think about on a daily basis, without lying awake at night worrying about how bad the economy really is.  But how refreshing is the idea of a leader who would have the guts to turn around and say: ‘Actually, we’re in a bit of a mess here and I don’t have all the answers. How about we all work together to sort them out?’

Of course that is unlikely to happen, as experience tells us they are even more prone to bullshit than the rest of us. You might go as far as to say that half of them are pathological liars. But sometimes I wonder if the rest of us are any better. Especially when we have made a right arse of something and want to try and cover it up, typically with more lies. Until we dig a hole so deep, we are in danger of falling into it. When that finally happens, alongside the difficulty of climbing out there is usually a sense of relief at being discovered. What does that feeling tell us? To me, it’s born of the understanding that there was less to fear than we thought, and that we would have served ourselves much better by being honest and seeking help much earlier. Shoulda woulda coulda.

This is even more the case when it comes to our mental health, despite the fact that more celebrities than ever have come clean about their struggles with illnesses such as depression. While that helps reduce the stigma to an extent, in the real world, people are not so forthcoming.  At work today I read a report by See Me, a campaign in Scotland to raise awareness of mental health issues and challenge stigma and discrimination. In a recent survey of workers, almost half would not disclose any problems over concern for their job, and over half would not for fear they would be passed over for future promotion, or moved to another role. That’s a lot of people adding to their difficulties by covering up. 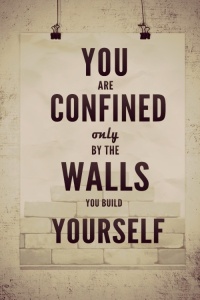 Yet most of us do. You’ll know of colleagues and friends being off sick with everything from back pain to cancer, but how many from stress or a breakdown? Statistics tell us it happens a lot, but presumably most people don’t admit the real reason for their absence, apart from to those who need to know.  No doubt in fear that people will look at them strangely when they return to work, or expect them to go doolally in a team meeting at the slightest provocation. Forgetting that even most of us with perfectly good mental health go doolally in meetings on occasion, just from sheer frustration.

At the end of last year, I had a number of problems that led me to seek the help of a therapist. After feeling crap for a long time, I came to the realisation that I couldn’t just fix myself. I still see him sometimes when I need to. I didn’t need time off work, although I did sometimes for appointments, noting them in my shared diary as ‘GP visit’ or whatever. My manager knew and some close colleagues did but otherwise I was too embarrassed. This time, I didn’t need the happy pills, but there have been a couple of times in the past when I have. Data published last year showed that in England alone, 40 million people were prescribed anti-depressants in 2012. 40 fucking million. You would never know that from conversation, and let’s face it most people have had a chat about their aches and pains in the work canteen. It seems there is no shame in needing a painkiller to help you physically get out of bed in the morning, but there is if you need that mental support.

For people reading this who are acquaintances or work colleagues, you might think this is too much information. I’m not sharing it so I can appear to have a trendy mental health issue; I’m actually fine these days, although some will probably disagree. I’m sharing because more of us should, to let others know that it happens all the time, and you will get better. 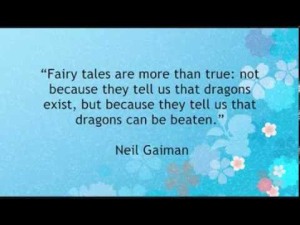 One of the worst effects of all this pretending, aside from the added anxiety of being ‘found out’, is that you might not get the help you need, not just from professionals but from friends and family. Because people want to help. In that same survey, 83% said they would want to have a better understanding of the issues to support colleagues. And that’s not even the people who love you. Those people will want to do more.

When you’re deep in the hole, whether it’s of your own making or not, you can’t see things clearly and you can’t always see the way out. It’s a sad thing if we’ve got to the point where we think we have to be seen to be strong all the time, carrying our burdens alone. Being honest about our weakness is a sign of strength in itself. And while I would like to think that we notice when someone we know is struggling, that is not always the case. We are all busy, and people are very good at hiding things.

Sometimes admitting we have lost control is the only way to get it back.