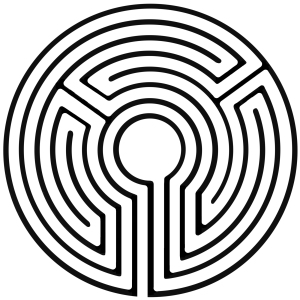 It’s been a weekend of two halves. Or more accurately, two thirds and one third, the majority being a bit on the crap side. Saturday was the first anniversary of my mother’s death and although we all thought/hoped it would be a day like any other, it wasn’t. Our consolation is that the first of everything – first Christmas, birthday – is always the hardest. Things will get easier from here.

After the stress of Saturday was done, I had some blessed free time on Sunday afternoon and various options to choose from. There’s a local culture festival on just now, with lots of different activities. I was torn between two: an afternoon of healing at a ‘wellness retreat’ in a local church hall, or a burlesque style Anti-Art School Life Drawing Class in a local pub. On a Sunday afternoon, I kid you not.

You can guess which might have been more fun. And with all these sad thoughts circulating, it’s hard not to fall into old patterns of behaviour. Block out the pain by numbing it: booze, cake, drawing naked people…whatever your poison may be.   I was drawn to the art class, not because I am any good at art, but because I thought it might make me laugh. At the same time, I was on my own and thought I would look like a bit of a pervert skulking at the back.

Deep down, I knew what would be good for me. So I dragged myself down to the church to see what was going on. I assumed it was one of those market place type affairs, where you can mingle around and drop in to try different things. Instead it was a structured event, with workshops you signed up to and breaks in between. At the door I was greeted by a kind, middle aged woman, who informed me that the first one was nearly finished but that I could have a cup of tea and wait for the next one. I panicked a little; perhaps it was the smell of incense in the air, or the intense new age vibe I was getting from the place. But something about her gentleness calmed me and although my instinct was to flee, I decided to stay. 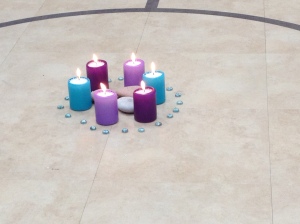 I signed up for a workshop in Capacitar, something I had never heard of, but it is a thing. It comes from the Spanish word for empower, and it’s a practice for the mind, body and spirit, often used for healing in communities and in countries across the world where there is conflict. It can also be used to relieve stress, anxiety and addiction in individuals. It uses techniques such as Tai Chi, meditation, breath work, acupressure, active listening and other more weird stuff (energy tapping and chakra work). We only had time to try a bit of Tai Chi and a guided meditation.

The woman running the workshop was not what I expected. She had quite a bit of make-up and a fake tan and looked a little bit like a lady who lunches, in a hippy frock. It just goes to show you should never judge on appearances because she was wonderful: intelligent, erudite, soothing and empathetic. Her guided mediation was like a shot of pain relief. There were about eight women in the workshop and you could see we all felt it.

The session was held in the actual church, which is modern and pared down, unlike the formal Catholic churches of my childhood, with their rows of uncomfortable pews. This space had normal seats, which had been moved aside to fit around the circle in the middle. In fact it wasn’t a circle, but a pattern of a labyrinth, something I’ll come to in a minute. The most striking thing about it was this painting of the Last Supper above the altar, by a local artist Stuart Duffin: 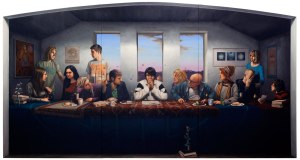 It created a strong impression; for me, of inclusion and modernity and I was really drawn to the fact that it was there, in a church. The medieval history student in me loves old churches, especially the ruined kind, but I just don’t believe in God. As I became politically aware, I railed against the wealth and hypocrisy of the Catholic church, which has left me with a distrust and dislike of organised religions, especially those with archaic attitudes towards women. However, of late, I have been forced to confront that prejudice, when faced with some of the work carried out by churches of all denominations in some of the poorest communities in this country. I still despise the riches and power held by the HQs of most religions, but I respect what they do at the ground level, to provide support and relief to some of the most vulnerable people in our society when no-else will help them. The more enlightened of them don’t try and shove God down people’s throats either, just help the needy. A bit like the Buddhists, they don’t really care if you believe or not. Instead they just provide a place of safety.

It was with this in mind that I surrendered to the last exercise of the afternoon: walking the Labyrinth. Symbols of Labyrinths can be traced back over 4000 years and the practice of walking around them has been used by many ancient civilisations and religions. Unlike a maze, you cannot get lost in the pattern of one, as there is only one way in and out. They are used for contemplation and reflection, and to think about the truth of your life. A way to find out what you are seeking, be that peace, resolution or enlightenment. You are meant to walk slowly around with intention, peeling away the layers of any problems you are experiencing until you reach the centre. For those who preferred, you could just sit, or use one of the small handheld ones to help you puzzle through. 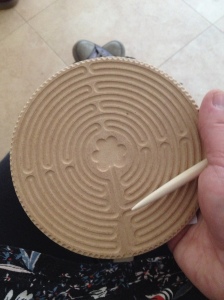 Frankly, it was a bit weird. I found it very hard to get into and quite uncomfortable. Some people were walking so slowly, I had to overtake them. There was one guy walking in the same direction as everyone else, but backwards. What did I think about in the Labyrinth? I admit I wasn’t very good at deep reflection and sometimes I just stopped to look at the painting. Here are some examples:

The session ended with some music and some simple stretches, which felt simple and good after all that. Despite the strangeness, I think I would like to go back to a capacitar session. I liked the connection between body and mind and the use of the hand held labyrinth for helping to de-tangle my thinking, but I suspect you might get the same benefit from knitting. Something else I am not so good at.

For all these things, you need patience and the ability to recognise that you need to learn. Or maybe relearn. I am not patient, but I am trying to be. In the meantime, there is always music.