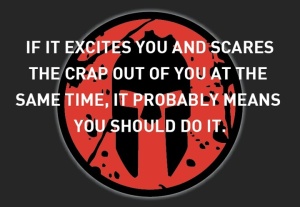 First of all I should clear something up. I know that Queen Leda is most famous for gettin’ it on with a swan, but that’s not what this blog is about. So if you are looking for tales of dark nights of bestiality, move along now. You won’t find it here.

So why Leda? Well, firstly I like the name. She was also a Queen of Sparta, and that is what I plan to be. A queen of the super Spartan race that is, which for those of you who don’t know, is a run of about 13k with lots of obstacles thrown in. Obstacles like crawling through mud under barbed wire, leaping over fire, climbing up greased walls or tightrope walking over water. Things that I would never have contemplated doing even a year ago, but which now excite and terrify me in equal measure. I am fully aware that this will be a physical and mental challenge unlike anything I have experienced before, even giving birth. At the moment, I am nowhere near queen status, more of a lady-in-waiting, but the title reflects my aspiration and determination. Not my intention to copulate with feathered creatures.

What makes anyone in their right mind want to do something like this? Perhaps I should start by saying that maybe I am not in my right mind! Okay, I am being facetious, but there is a grain of truth there. Over the last couple of years, I’ve had a bumpy ride. Depression, relationship issues, work stress, too much booze and the death of my mother from, ironically, alcohol related issues, have combined to give me more downs than ups. A few things have kept me going during this time: family, friends and my amazing four year old son. And exercise. Surprising from someone who always had to be dragged reluctantly to every PE lesson in her youth. I mean volleyball – WTF and why? It’s true that I always liked a brisk walk and even bagging an occasional Munro, but that was as far as it went. I admit to joining gyms in the past, but it never lasted longer than six months then boredom reigned.  Over the years, especially after childbirth, the fat piled on. Why is it that the midwives warn you about your potentially destroyed pelvic floor post partum, but not about the cake??

Until two years ago, seriously overweight and unhappy, I discovered Jillian: La Michaels, Queen of the 30 Day Shred, a horrible, yet satisfyingly brief, do-at-home exercise DVD. Grunting away with Jillian at 6.30 am with the curtains closed, equal parts love and hate, alongside Weightwatchers online, I lost a good bit of weight.  I discovered some shape to my midriff and started getting my shit together. But still I drank too much, smoked too much and felt increasingly hungry on the restrictive points system advocated by WW. I plateaued and despaired of ever getting to a healthy size and attitude. Then I discovered ClanFit, a gym with small, friendly classes of functional fitness training; no machines (except for rowers and some ab machine that looks like a medieval gynaecological device), just bodyweight exercises like burpees and lunges, jumping on boxes, swinging from monkey bars and lifting real weights. By that I mean actual barbells for lifts with titter-inducing names, like clean and jerk and snatch. And of course, the dreaded kettlebell, which I have since grown to love.

This was eighteen months ago and I am still there; still turning puce after each workout, still swearing profusely, still sweating like a beast and still hating burpees with every beat of my heart. Sometimes, I have even blubbed quietly to myself during the class. But I love it. I still can’t do all the exercises, my upper body strength is crap and my snatch needs a lot of work (titter). Despite this, I turn up each time and do the best I can, knowing that all while I am getting better.  I have the nerve to call myself an athlete of sorts.

When another Clan member suggested we get a team together for the Spartan race in Edinburgh this July, I jumped in with both feet. I admit I may have been drinking and using social media at the time – curses upon you Facebook! However I don’t regret it, despite my fears of coming last, failing to climb up a greased wall or being electrocuted, or indeed making a complete fool of myself.  Although the getting-covered-in-mud bit I am looking forward to, for some odd reason. My shoulder is tender from an injury, probably from dead lifts which are my favourite,and I sprained my ankle just before Christmas, playing in the park. At the moment, I feel a bit like the walking wounded. I had my first workout of the year this morning, involving 3 million kettlebell swings and 3,500 burpees (or something close) and I thought I was going to break down by the end. This has given me the fear. Is it really possible that I can do this race, in only six and a half months time? I am still a bit screwed up in more ways than one, but I do know that I am stubborn. Stubborn, and determined to become a Queen of Sparta.

This blog is the story of my journey to coronation. It will contain swearing and moments of fear, pain and despair. But it will also (I hope) contain joy, contentment, an inspirational quotation or two and eventually pride from achieving my goal. Life is fucking hard, my friends. We need to keep pushing ourselves to get over the humps. To end on a positive note, I like this quotation from the runner, John Bingham:

See you next time.