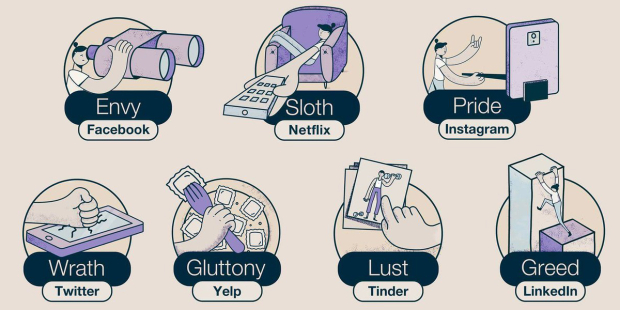 It probably won’t surprise you to know that there are things about our modern times that really piss me off. Today, I am going to talk about these, so if you’re not interested in the grumblings of a middle-aged, hormonal woman, look away now. However, if you fancy a bit of a sweary whinge about how often people in modern, western societies act like pricks, pull up a chair!

Before we go on, note that I freely admit to having passed through the doorway to middle age. So certain stuff about how the young ‘uns do things these days are alien to me and have me tutting and shaking my head. Like all older folk, I look back at the past and recognise that while lots of things are better, a hell of a lot of them are worse. When you start to feel that way, I reckon that’s the moment you know your youth is fully gone.

That’s not always a bad thing, just a statement of fact. And quite a few of the things on my list are nothing to do with young people, but adults in general. Obviously, there are big, systemic problems like Brexit, the rise of fascism and being ‘governed’ by the most selfish, shittiest bawbags in the history of modern times. I’m not talking about them today, although there’s no doubt in my mind that there’s a connection between the shoddy manners of modern life and the election of greedy, entitled arseholes to our modern western governments.

I also reserve the right to add to or remove from this list at any time of my choosing. I’ve also put this list in alphabetical order of annoyance, rather than grading their importance, because the grading of annoyance fluctuates from day to day and is dependent on circumstances.  It’s random; just a current selection of things that rip my knitting on a regular basis.  Let the grumbling commence!

I could have added a load of other stuff to this list, e.g. dating apps, then realised that they deserve their own post. I wanted to add parking, because I live in a flat in an area where it’s a relentless problem. There are too many cars for our streets and some people think it’s okay to park on the pavement, or block the roads, presumably because they are selfish and entitled. But thinking about parking just makes me a bit ranty. I’ll save any further ire-inducing topics for another day.

I’m not sure if there is a common thread in all of this, but if there is, it’s people not thinking about others in general society very much. You might treat your friends and family well, but care nothing for the concerns of strangers. Talking about the importance of manners makes me feel my age. But for me, manners aren’t a rigid, snobby, contrivance or about being correct. They’re about courtesy and respect for your fellow humans. You should always check behind you to hold a door for everyone, not just for women. And think about whether your behaviour, including who you vote for, is really making life pretty shit for everyone else.