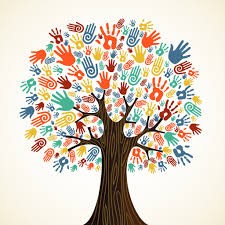 This is a beautiful day

It is a new day

We are together, we are unified

And all for the cause

Because together we got power

Apart we got power

This sample from a speech by Jesse Jackson at the start of the hippie, trippy, Come Together by Primal Scream, is exactly the kind of thing we need to hear right now. Or at least I do. We’re living in a time where each day brings more freak/fake news, resulting in more fear for your average Joe Shmo in the street, of whom I am one.

It’s not unprecedented. There have been numerous turbulent times like these throughout history, and somehow we humans have survived. At some point our gig will be up, and either some alien beings will take over this half wrecked planet and restore it, or maybe some large, scaly beasts will appear and make it all better. But whatever happens in the future, I don’t believe the time for humans is over yet.

So what in the hell are we going to do in the meantime? To keep ourselves sane, upbeat and as free from worry and anxiety as we can? Obviously, one solution is to tango as much as possible, but it’s not for everyone, and as much as I love it, it’s probably not going to change the world, just for that reason.

I’ve been thinking a lot about community recently. I think about the communities that I am part of in real life and online and know that they help to sustain me. And as someone who was once a youth and community worker, long, long ago, when such things were funded by the public purse, I lament the loss of such posts across most of the UK.   Back then, you might be in charge of a community centre, with a part time staff to deliver youth work (clubs and also street work), adult learning and sessions for adults with learning disabilities. You would probably also have a community development function e.g. working alongside people in neighbourhoods and supporting them to make their community a better place to be.

The rhetoric these days is similar – about community empowerment and engaging people in decisions about their communities or public services. We hear it from governments and local authorities and it’s an admirable principle. But without support and training for people to understand how things really work (and how money is spent) in public services, it’s nothing more than political window dressing.

These days, we do see some resources of this nature being put back into communities. But the lack of funds means they usually only deployed within the most deprived communities, which is fair under the circumstances. The people within those communities are often the furthest away from any of sort of power or influence in society, yet if nurtured, have tremendous people resources: women who have somehow kept a family and household together on the poorest of budgets, refugees who have survived against all the odds to make it there, are just two examples of highly resilient and capable people who are normally on the margins of society.

However, we don’t need to be deprived, or in receipt of public funds to feel the benefits of community. When I think about it, it’s been of increasing importance to me over the last few years. Having a baby started it, this need for things to be there within reasonable walking distance, but when your child goes to school it multiplies. As a parent, you are swept into the community life surrounding it, from getting to know the parents of their friends, or even getting involved in the parent council, if that’s your thing. Even the simple joy of walking your child to school instead of clogging up the roads with traffic matters.

As far as I go, I’m not much of a joiner, and I’m not one of those mums that can dash up a pile of delicious gateaux for the cake sale. I’m more of a ‘shop-bought and hide it in a Tupperware box’ sort of chica. And now that the slightly panicky, early days of parenthood are over, I get easily bored with mum chat (with the exception of talking to friends about things that worry us). But I like that I’ve made new friends through school too, and it makes a difference that they live nearby. I feel more connected to my community and that’s a good feeling.

At the same time, like many, I have a busy life and don’t have much more time to give to community activities. Four nights of the week I am free-ish but at home with my son. Other people in this situation know it can be lonely. We spend time whatsapping friends, or checking out social media when we want to connect. The latter can often feel pointless, and maybe even self-destructive for some.

Research increasingly shows that our addiction to smart phones and Facebook is making us more miserable. Too much screen time is physically bad for us, but on top of that, our envy of other people’s lives is killing our mental health. There are many reasons to dislike Facebook, and it seems to me that it’s very uncool these days to admit that you do like it, but I do.

Or at least I do when people put interesting or nice stuff on it. I don’t get envy if I see one of my friends going on a great holiday, although if they posted pics of themselves every day in a succession of tiny bikinis, I would probably want to punch them. Of course I wouldn’t, but I’d probably hide them from my news feed until they stopped being annoying. And that applies for everything that irritates you about people on social media. Job done.

Recently, I’ve joined a few local community groups on Facebook and I find that useful: people sharing info, events, giving stuff away, rants about the area and good stuff too, including one where people share themselves as a volunteer e.g. people who can help someone shift furniture, or give advice about gardening. Again, chatting with folk around the neighbourhood, seeing people do kind things for each other and doing them in return, gives a feeling of well-being.

There’s no going back from the digital world that we live in, so we might as well make what good we can from it. Even if you despise all social media, you can hopefully see its use in connecting people, not only locally, but in a global resistance against the right wing mayhem playing out across this screwed up planet. On a personal level, it stops me from going crazy when I do feel lonely, and posting pictures when I’m travelling alone lets people know I’m safe and doing okay.

Ultimately we need to remember that technology is only one small tool we can use to connect with each other and the wider world.   Face to face human interaction and physical contact is not only more important, it’s essential to keep us functioning normally. We need to get our heads out of our smart phones and into the real world and people around us.

Example: a couple of weeks ago, I was off on one of my cheap flight, solo adventures: slightly less than 48 hours in Warsaw. The full day I was away was my birthday, so I had invited a few friends over for the following evening when I was back, including their kids. And although I had a brilliant time away, exploring and pushing myself out of my comfort zone (e.g. going to talk to strangers at a Polish milonga – opening line ‘Do you speak English?’ in a hopeful tone), the happiest I felt was when I was back home, with family and friends that evening. Kids building a den in the hall, the adults sitting blethering with drinks and nibbles. Poland was an adventure, but being amongst people I was connected gave me a palpable feeling of joy.

Perhaps you need to experience both to appreciate those connections properly. I know that I need time alone, as much as I need companionship. The danger is getting that out of balance, something that people who live alone know all too well. If we make a point of increasing our real life human connections, the happier we are likely to be. And when we are happier, we are more likely to look outside ourselves and try and spread that around. We can look people in the eye. We want to help others.

I’m meandering now. My point is that we need to connect and do it now. Before we become so jaded with everything that is happening that we give up caring about anyone but ourselves and those closest to us. I saw this video the other day via the evil Facebook and it made me cry. Because the idea of this kind of understanding is so alien in this modern world.

Okay I admit, my inner hippie is coming to the fore here, but fuck it. Maybe they had it partly right. Tune in, but don’t drop out. Do the opposite – join in.