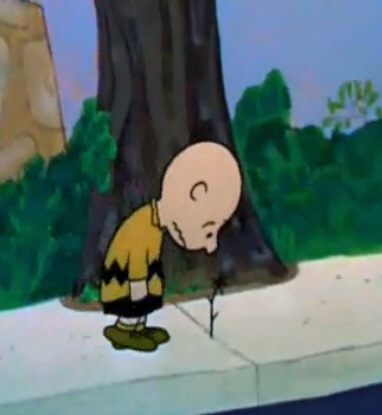 Pffft. And sighhhh. Guffaws and chortles. Snorts even. And then out of nowhere, wham, kappow. Splat. A few weeks in the life of Yours Truly, the most unqueenly of Queens. Currently, I am somewhere between splat and average messiness.

Don’t know what I’m talking about? Good. You are lucky. Life is on an even keel, which can be dull I suppose, but not if you’re happy. I am happy much of the time, and count myself among the more fortunate individuals on the planet. The rest of the time, I can be a mish mash of horrible emotions: sadness, anxiety, self-loathing. The queen of her own personal realm of crackerdom.

But I am grateful that I don’t feel like that all the time. In this current instance it’s hormonal. And fingers crossed, there may be improvements after a visit to the gynaecologist yesterday. A male one. Who was already my least favourite person after the following conversation in the ‘getting to know you’ section of the consultation:

Doc: what kind of contraception are you using?

Doc (who has already established I am 44): are you trying to get pregnant or is it just that you don’t need any?

Me: just don’t need any (in my head thanks very much for reminding me, you bastard)

Naively, I had thought that the male consultant would do the chat thing and then let the nurse roll up her sleeves and get her hands dirty, so to speak. Wrong.   Here’s another question: what kind of man really wants to rummage around in vaginas all day? And what kind of woman wants to marry one? Hey, I’m not judging (yes, I am) but you’d think after a long day at the business end of a variety of ladies, the last thing that the doc wants to do is to play the fanjo banjo at home. Just sayin’.

Or at least, these were the thoughts in my head as I tried to retain some dignity and ignore the slightly painful rummaging. And the embarrassing lack of tidiness in my lady garden. And the comment from the doc: ‘right, let’s get these legs up in the air and get this in. Just a spot of jelly first!’ A phrase no woman wants to hear unless it immediately precedes sexual intercourse. Sadly in my case, it was just an implant that I hope will stop my life being ruined every few weeks. So gawd bless the NHS and all that.

And gawd bless the NHS over a decade ago when I had a period of depression and needed help. I got six free sessions of counselling, then more that I needed on a ‘pay what you can afford’ basis because it was a local mental health charity. Vital services that are being gradually eroded by the government, who really don’t care about the mental health of the wider population. Because rich people can afford private therapy when they lose their shit, right?

At that time, I also had an understanding doctor who supported and encouraged me to transcend my mild phobia of anti-depressants and just take them: for about a year in my case. Some people might need them for a lot longer, maybe forever. And that’s a hard thing for people to accept, and to talk about. Especially men. We women are used to being poked, prodded and given pills to take. Men, not so much. Which is a shame, because while they are not the be all and end all for mental health problems, they have their uses. Most of all to help you get up when you can’t motivate yourself to do the other things that will make you feel better, or to help you live a normal life. Whatever the hell that is.

Yes, I’ve written about this before, but it’s Depression Awareness Week – which you can read more about here. Because of this, there are various articles in the media all week, my favourite so far being this description by the writer Tim Lott, which is pretty much bang on about how it feels in the dark days.   And while plenty of celebrities have come clean about their struggles with depression, it’s not so easy in the real world. I’m not knocking them, because it’s not easy for anyone to admit, but they live on a different planet from us mortals in some ways. It’s no surprise when we hear about arty types having depression these days.

It’s more of a shock when we hear about it in other high profile types, like politicians, or sports people. Those who have achieved, in spite of their struggles. So still more awareness raising needs to be done, especially among the young.   Stigmatism and fear of shame exists for most of us, especially in the workplace, but you get a bit less embarrassed by stuff as you age. Yet it’s hard to imagine a young guy working in the macho atmosphere of the bin collections talking about his need for Prozac. Even amongst women, it can be hard to admit to struggling with mental health problems. By the very nature of it, you already feel inadequate and useless. Who wants to put their hands up and admit that to colleagues, who might then deem you incompetent, or assume you will go crazy at some point?

Going back to the motivation thing, there’s a tricky Catch 22 situation at play. Logically you know that there are things that will make you feel good: exercise, writing, hanging out with sympathetic friends, for example. The trouble is that it can be so hard to take that step: you don’t want to get out of bed, never mind go and get sweaty, you can’t write because everything you write is utter crap, and you don’t want to cry all over your friends, so you stay at home and drink wine instead because it makes you feel better for a few hours.   And yet, when we take those steps, we feel so much better. Quite simply, they work.

So for example, even though I’m still a bit rubbish, I get a dreamy, blissful high from tango dancing. But if I feel down, I won’t go to the socials in case no-one asks me to dance, and I will end up using that as a stick to beat myself with, proof of my horribleness. Ridiculous huh? I won’t write. I might still go to the gym, but I avoid people when I feel too messy, and I ignore other things that I know will probably help, like running.   Regular readers will know I’m not a fan of running, yet I believe deep down I should probably develop a running habit. There are countless arguments in its favour for improving mental health. It has saved people’s lives. I liked this article about promoting it that way in running clubs and starting a campaign in England & Wales. Yet, because I don’t like it, I don’t do it. I also don’t like cleaning and do the bare minimum to avoid disease, but now the messiness of my flat is adding to the list of things that irk me.

I’m not sure I have the answer to this conundrum. Maybe we need to let others drag us to things we don’t think we like, because we’re more likely to do it if someone supports us. Maybe we just need to robotically force ourselves to something: the blank page, a yoga class, or a coffee with friends and just see what happens.   Don’t have alcohol in the house, because the temptation to numb will be strong and it will make you worse in the longer term. Get rid of some of the clutter in your life and clean your home.

And if all else fails, just go out for a walk. Gather together your weapons to help you fight. One of mine is a selfie I took in the woods with my son the other day. It’s not a remarkable picture, but it’s one where you can see love and happiness at being together in our eyes. It’s now my screensaver on my phone and I look at it a hundred times a day to remind me that there’s someone who doesn’t see all my mess and flaws but loves me unconditionally, just as I am.

Maybe this seems dramatic, but for some of us, it feels like a war against our sanity at times. Choose your weapons of treatment, for they are there, and go into battle. And never give up.