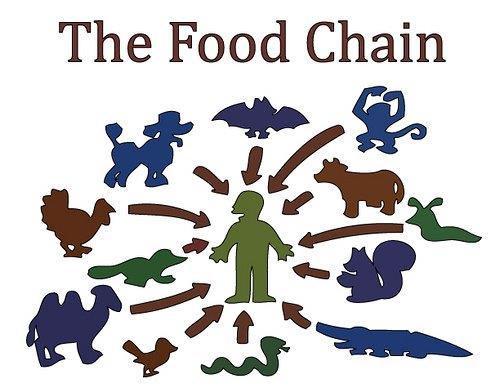 It all depends on your point of view. At the very least, it is a killing; a domination of one species on our planet over another. This is a post I will probably be flamed for, but c’est la vie. Meat has been on my mind every day for the last few weeks, as I attempted to have a meat free January. As I wasn’t giving up booze this month, I felt I should do something to purge myself and see if it made me feel healthier. In the end, I lasted two weeks before I caved. So I now confess to you all: my name is Jude and I am a carnivore.

Not an unashamed one though. I admit that the eating of meat, the way it is produced and the way that animals are treated during the process does not always sit comfortably with me. In my teenage years, influenced by a deep love of The Smiths, I wanted to become a vegetarian but my mother refused to entertain the prospect and would not agree to cook me separate food. Unfortunately I was not so committed to the cause that I learned to cook veggie food for myself.

It was only when I first moved away from home, working as a volunteer in England that I became a proper vegetarian. Even then, it was partly motivated by finances: I didn’t have much money and it was cheaper. I also hung about with a bunch of hippies and Buddhists, so it was easy to cook together without it. This lasted about five years, until the lure of bacon brought me back. Goddamn those delicious pigs.

I’ve never really gone long without meat ever since, even though I know there are good reasons to do so. I’ve grown up in a culture that loves its meat, and not even the kind which is arguably healthy, lean protein. In Scotland, we consume crap pies and sausage rolls from Greggs by the lorry load; highly processed food, mixed with feck knows what and full of carcinogens. According to the evidence, it is not necessarily the consumption of meat itself that is more likely to give you bowel cancer and other nasties, but the processing and chemicals within it. Which is a shame, because I really love sausages.

Of course, aside from the health issue, there are environmental and ethical considerations. Apparently the flatulence of cows, bred intensively for meat, is doing more damage to the ozone layer than all the hairspray in the world via greenhouse gas emissions. Livestock production uses over 8% of the planet’s water supply and 30% of its land surface. This involves the cutting down of our forests and damage to our already fragile ecosystems. Clearly, whatever your view of meat eating, it needs to be reduced. 30% is a massive figure and from the point of view of most sensible people, fairly alarming. A far cry from our hunter-gatherer days, when our hairy ancestors shot a deer in the forest. Our human demands, not just for meat, but for industrial and technological progress, are slowly killing the planet. Unless it kills us first.

And so to the morality of it all. Like many people, I tend to avoid things that I know are overtly cruel, such as foie gras pâté, which involves the force feeding of geese, and I will always buy free range chicken or none at all. But I would normally still buy a chicken sandwich from a shop, which will undoubtedly use cheap, unpleasantly reared chicken. This is one of the things that I intend to stop doing from now on. From experience, I know that some vegetarians, but more so vegans, will say that there is nothing good about that and still call me a murderer. I find this tough to bear quite frankly. When it comes to food and lifestyle choices, I may have my opinions but I am generally in the live and let live category, unless I feel my, or other people’s rights, are being infringed upon. However, I have come across a number of vegans who are in danger of proselytising. It’s almost as though they have a clause in their veganism contract, much like Jehovah’s witnesses, where they have to go out and convert people to the cause by telling them they are the keepers of the true word.

I’ll give you an example. A couple of years ago, a food shop called Locavore in the southside of Glasgow, which specialises in organic, locally grown produce, had a food plot for growing vegetables etc in the corner of a nearby park. To this they added a couple of pigs and goats, that would be reared outdoors in the public domain, with the eventual aim of slaughter for butchering. The killing of these pigs would be as humane as possible (as far as any killing is humane), and the produce would be sold in the shop, with as few additives as possible. In other words, the products from these pigs would be as good as they could be in terms of provenance and ethical considerations. The shop had a Facebook page that charted the growth and development of the project.

For meat eaters like me, this seemed to me to be the epitome of good meat eating. I used to take my son there sometimes to say hello to the animals, but I was always honest about why they were there and tried to explain (in a non-explicit manner) that some animals end up on our plates. Maybe that sounds gruesome, but I don’t think it was. In the event, the owner of the shop suffered serious online abuse from radical vegans, the site was vandalised and the pigs had to be moved to a farm outside of the city until they did eventually did go to slaughter. I got into a few online arguments myself, mainly due to the self-righteous nature of the vegans involved. This is not a black and white issue. Unsurprisingly, the meat sold out amidst the ‘ethical’ middle class hipsters of Glasgow, despite all the hoohah.

So what’s my point caller? What have I learned from all this? Well, in the last few weeks, I haven’t felt particularly healthy without meat. Everyone is different, but for me, as someone who likes to lift weights and have an active lifestyle, getting my protein from eggs and legumes (beans, pulses etc) leaves me feeling bloated and uncomfortably farty. There is too much cheese in my fridge and I have eaten too much pasta. I love fish and seafood, but I can’t afford to eat it every other day and I don’t want to deplete the oceans either – another ethical issue.

The arguments around our origins and the fact that we have teeth to chew meat doesn’t necessarily cut it anymore – we can survive without it if we want to, even if it makes us chubby and flatulent. And there are probably kinds of meat that we should do without, although the thought of another 40 odd years of life (fingers crossed) without sausages/chorizo/serrano ham is pretty depressing. I will always be a bit conflicted, as this old cartoon from The Simpsons will always remind me. Processed meat of this nature needs to be an occasional treat, rather than a regular occurrence.

But…today I have made the decision only to buy meat if I know where it’s come from, or as unprocessed as possible. No cheap chicken or ham sandwiches, only the free range chicken I have bought, or a good steak. Tragically, sausages will be an occasional treat and only from a good provenance. For me, it comes down to this: we shouldn’t buy cheap meat, just have it less often and of better quality. We can easily live without it, even if we don’t want to. Whether I like it or not, I may have to pretend to be veggie or fish only when out for dinner. It’s not too much of a hardship.

You might still judge me for eating dead animals, but so be it. Live and let live I say, I am doing my bit. I’m not proselytising either. Have a think & see what you might want to do…