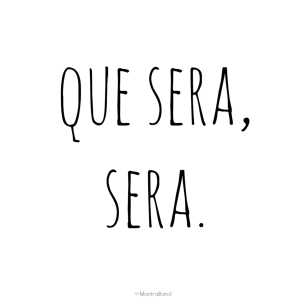 Things have gone a bit ambivalent on the fitness front, despite my brilliant plans from last week. So far, I have failed to deliver on any of them. I’ve been walking and burpeeing as much as I can and hoofing it up the stairs in work on a regular basis, but that’s as far as my cardio has gone this week. The strange thing is that I am very calm and relaxed about it.

So what gives? Firstly, I have suffered a bit from the lack of a regular training regime. The gym I belonged to has still not reopened, and I am beginning to wonder if it will, though my fingers are still faithfully crossed. All the other members of the Spartan team have since scattered to the four corners of the crossfit world and are probably training away like the fit demons they are. At the moment, I can’t really afford one of these new gyms, and I have realised that I cannot be arsed to travel across the city to join one anymore. I need something local and cheap. Preferably free.

As I’ve said before, small group training is great but it can be expensive, albeit much cheaper than personal training. There are some potential solutions to this, which I’ll come onto in a minute. What I’m amazed by is my attitude towards this state of affairs. I should be slightly panicked but I’m not, even though it is now only 51 days until the race. There are a number of possibilities to explain this. It could be a result of all the meditation practice I’ve been attempting. I don’t do it every day, but I have been practising getting into a relaxed state for a while. With this comes acceptance of myself and my capabilities. While meditation is not a cure-all, if a neurotic like me can gain some benefit from it, then anyone can.

There has also been a shift in my interests and focus. I want to be fit and healthy, and I want to complete the race but there are other, more pressing things to think about right now. Big changes are afoot in my life that require my full attention. In addition, I am currently obsessed by writing and deadlines relating to that. The idea of the race is shrinking to something fun (and stupid) to do, rather than a validation of my strength and queenly stature. I am now seeking this in other ways. After a tumultuous period, I am finally getting this race into perspective.

This may sound like I’ve given up, which is not the case. On the contrary, I’ve downloaded the 30 Day Spartan race training plan, which has had a calming effect because I have way more than 30 days to go. It seems eminently do-able, despite my lack of ability to do pull ups or the equipment at home to practice them. But I had already discounted those obstacles that required them due to my dicky shoulder, so the 30 burpees will take care of that. And I have concluded that if I can’t do a pull-up, so what? It doesn’t make me any less of a person and maybe one day I will. Or maybe I won’t. I just don’t care.

There is, of course, a sneaking suspicion that I am simply cruising along the rivers of denial; that one night in a month’s time, I will wake up at 4am in a cold sweat thinking about the Spartan. So there are some solutions, as mentioned above. The first is to call on my friends for help. In Scotland, it’s  certainly the season for training outdoors, even though today was frickin’ Baltic and teeming down with rain half the time. Training in parks is more fun and less humiliating in numbers, so if you live close by and fancy some pain, let’s arrange a meet up in a local park and sprint, burpee and squat our way to nirvana. I’ll bring the workout; I’ve got a sack full of them.

The other strategy is to bring out the big guns (literally). I always told myself that if I was concerned about my fitness levels, it would be time to get Shaun T on my ass. I have the entire Insanity programme on a pen drive on my kitchen shelf, just waiting to be dusted off. If you’ve never watched the Insanity infomercials from the comfort of your sofa while scoffing crisps, then you won’t know what I’m talking about, but basically it’s a series of hideous daily exercise routines using only your body weight. It’s a bit like Jillian on amphetamines. Each workout lasts up to an hour and you sweat like fuck, then feel amazing afterwards. It’s as tough as the worst bootcamp on earth but gets results. I started it a few years ago when I was doing the Weightwatchers, then had to abandon it after a medical thing that prevented exercise for about six weeks. I never went back to it.

The bonus factor is that Shaun is extremely easy on the eye, particularly when working out and shouting at you, so during the routine you can fantasise about being fit enough to have sex with him, whilst simultaneously hating his guts. The sex thing is never going to happen for three reasons: I will never be that fit, I don’t live in America and I am not a gay man. But what the hell, I’ll take all the motivation I can get.

The whole programme lasts 60 days, but I’ll squeeze in what I can in the time I have left. It starts with a fit test which will take place in my kitchen at 6.20 am tomorrow (wipe clean floors are essential). Followed by a day of pink cheeked, zen like happiness. On Saturday morning, I shall be flying at an aerial yoga workshop on the recommendation of a friend and I’m looking forward to that. Stress free, enjoyable exercise. What’s not to like?