‘Life is what happens to you while you’re busy making other plans’.

Tomorrow is my mother’s birthday. If she was still alive, she would be 68 years old and a grandmother to my son, who turns five in less than two weeks. They might even have had the same birthday if he hadn’t taken so long to come out. Losing my mother and being a mother weighs heavily on my mind at the moment. It’s impossible not to think about it; everywhere you go right now reminds you about mother’s day. Buy her this, take her to lunch here, don’t forget to phone her and tell her you love her.

When I was younger, I don’t think I was ever 100% certain that I wanted to be a mother, but it’s both the best and the hardest thing I have ever done. The best, because the love that you feel for your child is like no love you have ever experienced before and the hardest, because you have to give up so much of yourself in the process. Sometimes it takes a while to find it again.

By the time my son was born, my own mother was lost to us. Physically present, but emotionally gone, with only occasional glimpses of the woman she had been. His other grandmother lives in a different country, and they only see each other a handful of times a year. So I have somehow learned to be a mother without an interfering mother or mother in law to help or hinder me. This has been both a good and a bad thing. We are all stumbling in the dark when we have our first child, and maybe that’s how we learn.

I read the books and consulted the websites and that helped a little. My sisters and other friends were parents too, offering support and the potential for the headfuck that is child comparison. For example, his female cousin, at only two weeks older, seemed to pass all the milestones first: crawling, walking, talking, pissing in a toilet. I remember my happiness when he got a tooth first – finally he wasn’t second!

Looking back, it’s all so irrelevant, as most kids end up at the same stage of development by the age of two. You realise that children, like adults, do things in their own sweet time. But then it was all such a huge deal because I had never been fully responsible for another human being before. That’s the scariest bit, like the line from the Philip Larkin poem:’ they fuck you up, your mum and dad’. Now you have the potential to do the same, which is highly alarming, particularly if you feel as screwed up as I do half the time: 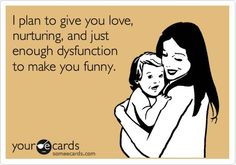 What you do appreciate when you become a parent, is that your parents must have felt like this too. Your heart in your mouth at that first visit to A&E, the panic when you accidentally drop them and relief that they are okay, the constant worry about their development and eating habits, your pitiful attempts not to swear whilst driving the car, and worst of all, the stomach churning fear that something terrible will happen to them and they die before you. I remember my mother telling me she looked at me aged six months and couldn’t believe she had managed to get me there.

Some days going to work is a relief, one of the few ways to feel like a non-parent person again. Other days, it’s an agony where you miss them more than you can bear and would give anything to be running around a park together. All parents have thought and felt these things. And wondered if they will ever have a proper night’s sleep again.

One of my biggest reasons for losing weight and getting fit (apart from the general unhappiness I felt) was so that I could look after him properly. You forget how much energy you have as a child, running around just for the sake of it. He is a particularly active kid, who never sits still and loves climbing, jumping and generally throwing himself about like a maniac. I love this typical picture we took yesterday of him jumping off a park seat. He insisted I take it over and over until I caught him mid jump:

He is tall and strong, but so far I can still outrun him, lift him with ease and cope when he flings himself into my arms – something he likes to do as a surprise, almost knocking me over on a couple of occasions. Almost, but not quite. I am aye ready for his games, although I need my wits about me. It is simultaneously exhausting, and the time when I feel most alive and exhilarated with the world.

Children approach life with zest, curiosity, fearlessness and limitless love, something we grown-ups could do with a bit more of. He laughs uproariously, and loves to make up silly word games that make us collapse in giggles. Despite the fact that these days most pre-5’s can operate an iPad with ease, sometimes the simplest things are the most fun, like an energetic game of balloon tennis. Even the way he eats makes me smile, sucking fruit till the juice runs down his arms. Messy maybe, but the best way to enjoy it.

In his world, there is no care for mess, or dirt or torn clothes, only adventures. And as much as I sigh when his clothes are dirty five minutes after they are on, I wouldn’t have it any other way. Because days like that, where we don’t have much planned except picnics, or rolling down hills or tramping through the sticky, muddy plants in the woods are often my best days too.

I was brought up slightly differently from that, because that’s how things generally were for girls back then. I often wonder if things would have turned out differently for my mother in today’s world; if she had got into the practice of going to the gym a couple of times a week to throw herself about or climb a hill now and then. She loved us most as snuggly, cuddly children, and I remember that feeling of lying in her arms as a child. Nothing felt more warm or safe.

My little boy still loves that too. On the days that begin with his early morning creep into my bed for a cuddle before the alarm goes off, no amount of stress at work can touch me. Soon he will do this less as he turns into a real boy, then a man, navigating his way around this crazy world we live in. This autumn he goes to school and we will lose our precious day together during the week. I have to hold onto these moments of joy while I can, and hope that he will never be too old to hug his mother. For my part, I will promise to stay as strong as I can, for as long as I can, so I can lift him when he needs it.

For those of you who don’t have children, I apologise for the mummy-blog nature of this post. Normal service will be resumed; it’s just that kind of week. For what it’s worth, I recommend you borrow one if you can. Loving aunties and uncles, whether real family or not, are a weight worth gold for struggling parents everywhere. And best of all, you get to run round the woods and act like a child again for the day. 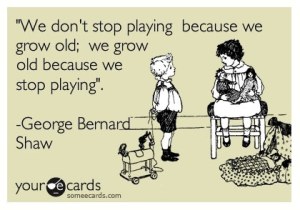 Until next time,
QL.