Monday AND Tuesday was just one of those days. Yep, this is not bad grammar, but a two day-blue day. By Tuesday evening, I was snarlier than a cage of wildcats. There was no Buddhist bliss for me; just a bucketful of meh. The mind may be all powerful, but sometimes trying to keep control of it is like trying to hold back the tide.

Although I truly believe that the mind is stronger than the body, there are times when outside conditions can beat us down and temporarily kick us in the arse. When that happens, you can forget about thinking, or trying to conquer the brain. You’ve just got to DO.

So what’s going down? It’s fair to say that most of us don’t really love a Monday. But when this particular Monday rolled around, it was hellish. Still suffering from this infernal cold, I had to prise my eyelids open with a spoon when the alarm went off, after a sleep full of hallucinatory dreams (must have been the Sudafed and Vicks combo – recommended). On the packed morning train, it felt that the week was looming ahead in a most unpromising fashion. Work is stacking up and I am lacking my usual energy to tackle it. In the words of Malcolm Tucker:

The day unfolded with a series of minor irritations, accompanied by copious amounts of sneezing and trumpetty nose blowing. I had scratch marks under my nose from the use of kitchen roll to wipe it, after running out of tissues and being perilously low on bog roll. On top of all this, I was feeling flabilicious from the lack of exercise and the comfort eating of carbs and cheese.

Somehow I ploughed through. Tuesday felt worse, even though there was one good outcome late in the day at work and a lovely colleague gave me a dollop of Eight Hour Repair cream in a wee pot to heal my nose wounds. Cling onto the small things if all else fails. In truth, even these moments of happy did fail and once my son was in bed (no doubt wondering why his mother was so grumpy), I surrendered to a good blubbing. That always helps.

Yesterday was better, mainly due to an easing of the cold symptoms and a day off work. I spent the morning running around a play park with my son, embarrassing myself by pretending to be a pirate and climbing on the equipment, which gave me a healthy respect for kids on the climbing frames – those things are high! My shame was eased by the fact that the playground was quiet, but I suspect I would have done it anyway. Acting like an idiot was just what I needed. 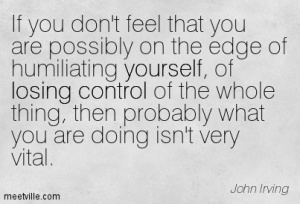 There is a lot of shit going on in my life just now. But what makes it even worse is feeling physically crappy and a lack of structured exercise. I desperately miss those endorphins you get from working out. Even if the gym wasn’t closed for the move, I would have struggled to get there this week with this stinking cold but at least I would know it was there as soon as I felt better. Sadly, there are at least two weeks to go until it reopens. I have come to realise that I do need to physically go there and be told what horrible exercises to do that will push me, because it makes me feel better about everything. Judging by some of the comments on FB by my gym buddies, I am not alone. We are all going a bit crazy without it. 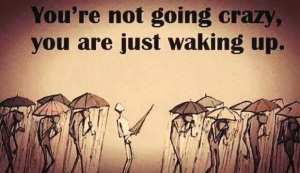 As you know, I love Jillian. But at the moment, I just can’t motivate myself to get up early and rendezvous with her in my living room. This was the case even last week, before the cold took over my system. I need another human being, in the flesh, to support me. And possibly shout at me for doing fake burpees. Exercise is crucial for both physical and mental health;  studies show that exercise may be one of the things that can ward off Alzheimer’s disease, for example. Certainly, it is one of the things that keeps me sane. Without it, I feel like a bit of a basket case.

So on Tuesday evening, once the howling was out of the way, I realised I had to ignore my brain and simply do things that would make me feel better. This strategy works.  Don’t try and focus the brain, just ignore the fucker. Everyone has ways they can do this and I have a few failsafes that can work for anyone. Firstly, read a book. If the world is a bit shit, escape to another one and lose yourself in it for a while.

Secondly, research stuff on the internet and make a plan for exercise. I love searching the net – not randomly, but when I need to find something. So, if I can’t go to the gym for a few weeks, find something else to do. Yes, there are other people I can work out with in the meantime and I will try, but time is always a challenge. I also need to rack up the variety and intensity of what I do in order to become a less crazed person AND a Queen of Sparta, so a plan is needed. This is twofold: one, find a good yoga class nearby. I used to do yoga but it’s been a while. Apart from the spiritual benefits, anyone who can do this can kick the arse out of the Spartan Race in my book: 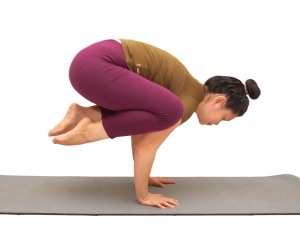 Apart from more running (blearch!), the second part of my exercise plan, if I can work up the bollocks to go, is to join a boxing class. There is a proper boxing gym, not ten minutes’ walk from my home, where I can knock the living shite out of stuff if I choose. Not people, nooooooo. Creative visualisation to assist with violent impact would be an option, but I don’t really want to fight actual humans. That’s too scary and not very zen like. But putting on big, spongey gloves and punching stuff is extremely satisfying and presumably would result in a calm aftermath, especially if said visualisation was used. There are a shed load of inspirational quotations relating to boxing and boxers, especially ‘Everyone has a plan, ‘til they get punched in the mouth’ from Mike Tyson, but I particularly love this one:

The third failsafe is music. I have of late, been truly uplifted and inspired by various arias. If you think I’m weird, listen to Catalani’s ‘La Wally’ at an ear-bleedingly high volume. But for pete’s sake, try not to kill anyone; it’s the sort of thing that regularly happens in opera. The plots are ridiculous, but the music is beautiful. The problem is, you can’t dance to that shit. I am a strong advocate of the kitchen dance, to funky tunes that you hear on the radio. If it feels good, just do it. Like this wonderful poem, Danse Russe by William Carlos Williams:

If I when my wife is sleeping
and the baby and Kathleen
are sleeping
and the sun is a flame-white disc
in silken mists
above shining trees,-
if I in my north room
dance naked, grotesquely
before my mirror
waving my shirt around my head
and singing softly to myself:
‘I am lonely, lonely.
I was born to be lonely,
I am best so!’
If I admire my arms, my face,
my shoulders, flanks, buttocks
against the yellow drawn shades, –

Who shall say I am not
the happy genius of my household?

Sometimes you need more; to hear the pulsating beat on a dance floor, lose yourself in the rhythm and throw down some ungodly, primitive shapes. The music is calling me. I need to go dancing.