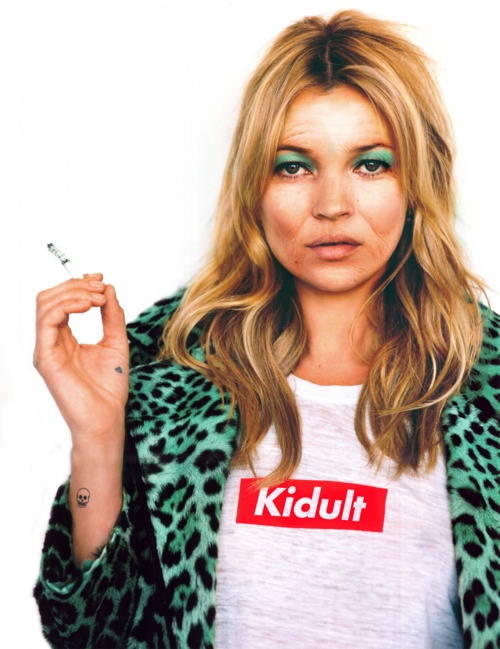 Do you ever have those moments in life where you feel like you’re just pretending to be a grown up? Playing at being a responsible mother and functioning member of society, when inside, you still feel like a kid growing up, still learning what to do?

Maybe it’s just me. There are things which I perceive to be part of a category of ‘grown-up responsibilities’ that I am rubbish at. Such as money. I am rubbish at money. Yes I’m lucky that I’m not poor, but I’m a spendy Wendy type; not extravagant, just not thrifty. A bit gets put by every month via the credit union, but it’s only enough for extremely small emergencies, and it gets semi-depleted every Christmas.   On top, I have a bit of debt on a credit card, mainly comprised of ‘oh fuck it, I will buy that cheap flight’ and ‘life’s too short not to get that frock’ type purchases.

Sigh. Surely this is not the behaviour of a responsible adult? There should be colour coded binders to keep all my bills and payments, and details of my fantastic savings plans. A folder for all my important documents, instead of a drawer. Because if something isn’t to be found in the drawer, I’m in trouble. However, I fear that even if I did adopt such a system, it would be in chaos within a short time, as I shoved in loose bits of paper, unable to be arsed with either finding the right section, or putting them in a polypocket.

If this is far from perfect, somehow it works. I manage to get through the months and years without attracting too much attention from the bank. And I do lots of fun and interesting things with my money; as the saying goes, there are no pockets in a shroud. The downside is, that if disaster struck and I lost my job, it could all go horribly wrong quite quickly. My saving grace is that I am one of those people who can let situations get out of control up to a point, then a flash of common sense and self-preservation usually saves me from disaster. Or at least, it has so far. Touch wood.

My other ‘not remotely grown up’ nemesis is cleaning and tidying. My de-cluttering process started and stalled very quickly. Now my hall is full of more stuff that has to go to the tip/charity shop/friends with younger kids, mocking my efforts to keep my home neat and minimalist. Once in a while, I go on a mad, sweaty, cleaning blitz, but the rest of the time I get by with flash wipes and low lighting to hide the mess. The trouble is that there are about a million things I would rather be doing than cleaning, and I am very good at doing them instead.

Ironically, being a parent is partly to blame for this. Doing fun stuff with kids takes up time that could be spent doing more grown up, sensible things, like hoovering or balancing the financial spreadsheets. Okay, it’s true that I could spend more of my non-work, child-free time on these activities but I don’t want to. Instead I use that time to see friends, go to the gym, dance the tango or write. Once in a while, I use that time to flop on the sofa and watch a film, or a bit of TV. Where is the time for cleaning, I ask you? And what are the people with full time jobs, kids and tidy homes giving up to achieve that?

In my last post, I mentioned that the cultural gap between young people and adults is smaller than ever these days. There is no special evidence base for this apart from what I see around me: people in their forties still like to go to gigs and festivals, or read Harry Potter. We wear jeans, cool t-shirts and converse sneakers, listen to new music, and go out on weekends when we can and party. More ridiculous is the grown men riding around on skateboards. We do more exercise than our parents and look and feel fitter.

When my mother was the same age as I am now, she had a decidedly middle aged wardrobe and ‘mum’ hair. As a teenager, I did not want to borrow her clothes, apart from some of her older, funkier pieces from the 70s. I did go after some of my dad’s old cardigans during my years of Morrissey & Smiths fandom, but that only illustrates my point – my dad wouldn’t have been caught dead in a pair of jeans and a band t-shirt that most of my contemporaries would. He liked classical music and jazz (still does) and loathed pop. Perhaps rather than being grown up, he was always a bit middle aged.

I often wonder if my mother felt like a proper grown-up and what that idea would have meant to her. After all, she had four kids to look after. Surely the responsibility of that would make anyone feel grown up? I only have one child, however I can confirm that becoming a parent does not automatically confer grown up status. Whilst the responsibility is undeniable, having a clear plan and knowing what to do in any given situation (something I attribute to grown-upness) is not a certainty.   Like many parents, I worry if I am doing it right, given he is missing out on some of the ‘proper’ things I was taught, like table manners and prayers. The chances are that he won’t grow up thinking household duties are a priority, as neither of his parents are modelling that for him. But growing up with an appreciation of walking in the countryside, or learning to dance is more important in my book. You reap what you sow and should be happy with that.

Despite all this, I’m not eternally youthful nor do I wish to be. During an eyebrow tidy up last week, I plucked not one, but two silver hairs from my brows. The Denis Healey years are about to commence. And while I’m far from being a middle aged frump, I do find myself rolling my eyes at some of the young fashion trends – for example, what the fuck is the point of wearing your jeans belted half way down your arse, with your underpants showing? That style is on the wane now, but every time I saw it, I wanted to grab the unsuspecting youngster and pull their trousers up.   The ongoing quest for young women to be as naked as possible also distresses me. My reaction to that is partly from a feminist perspective, but it’s also because I’m an old fart, who lives in a country where you sometimes need coats in the summer. Cover it up, I’m thinking, surely you must be freezing?

The concept of teenagers wasn’t even invented until the 1950s, by advertisers who wanted to target young people and sell them brands like Levis and Coca Cola. They still hold huge sway now but in a different way: adults and young people want the same technology, the same brands. It’s in the interests of companies to keep it this way because it makes their market wider. Broadsheet newspapers, once the home of proper, serious grown up news, now report on the latest feud between Taylor Swift and Kanye West, alongside the war in Syria. Everything is about the broadest taste, the lowest common denominator.

If I am of a generation that is now growing older disgracefully, it’s partly as a product of the global companies that want it that way. But I think it’s also about people being fed up with such prescriptive roles in life. It used to be expected that we left school, got a job, got married, settled down and did grown up family life until we popped our clogs. This millennium, people are rebelling against that and shaking off the chains of expectation of previous generations. We don’t need or want to do things the same way anymore.

On those days when I want to beat myself up for feeling like an overgrown teenager pretending to be an adult, I gently remind myself that I manage to work almost full time, pay the bills and look after my child, who so far has managed not to catch any serious diseases caused by my antipathy towards cleaning. In my spare time, I get to do things that I love doing. Life is far too short to iron a bed sheet, like my mother did.

In other words, like others of my generation, I get to redefine what being a grown up means. We have experience and responsibility, but we take our fun and me-time pretty seriously too. And that sounds like the best of all worlds to me.